The Hellenic Society, which was founded in 1879, began to build up a Library from 1880. The Roman Society, formed in 1910, also started a collection and ran it jointly with the Hellenic Society, but with separate accounts and ownership of the contents until 1950, when a Joint Library account was begun. The Institute of Classical Studies was founded as a post-graduate Institute of the University of London in 1953, from which time the two collections were housed and administered as one unit. The Library consists of two major collections: that of the Institute of Classical Studies and that of the Joint Hellenic Society and Roman Society.

In 1958, when the Library moved to its previous premises in Gordon Square, the collection contained some 30,000 volumes. It now numbers over 130,000 books and 22,000 bound volumes of periodicals, thereby bringing the overall total to over 153,000 volumes; of the c.1,500 periodical titles, c.690 are current, with new titles constantly added. The annual growth rate for books and periodicals combined is approximately 3,000 volumes. Most of the Library's stock is on open access.

The Institute has maintained responsibility for the primary collection of reference material, including dictionaries, encyclopaedias, corpora, excavation reports, first publications of papyri and inscriptions, and standard texts of ancient authors; it is also responsible for most of the Library's electronic resources. The Societies have retained responsibility for the complementary collection of books.

The arrangement of the books is modified and refined from Bursian's Bibliotheca philologica classica, on the basis of which a classification scheme has been devised with its own numbering system.

A brief outline, as well as the full classification scheme, can be found here.

Details of the most important archives held by the Library can be found on the AIM 25 database.

Highlights of the collections held at the Institute of Classical Studies include the journals, notebooks and sketches of two sets of pioneering explorers of the ancient world:

Diaries, notebooks, sketchbooks and published works of Robert Wood and his colleagues, who journeyed through the eastern Mediterranean in the mid 18th century. For further details consult this listing. [Word document]

Travel diaries of Mabel and Theodore Bent who travelled in Greece and the Middle East in the late 19th century.

Some material of interest to researchers in Classics and related disciplines can also be found in archives held by other libraries within the Senate House Libraries.

A bibliography relating to the Robert Wood Archive is available. Please email the library with enquiries.

The David Smith Mosaic Archive: In 1999 the Institute concluded an agreement with the Roman Research Trust to accept the deposition on long term loan of the David J. Smith Mosaic Archive. The Archive, which consists of books, periodicals, pamphlets, photographs and slides, represents the residue of a lifetime's research on ancient mosaics by David Smith, one of the foremost authorities on Roman mosaics. As such it constitutes an extremely valuable research asset. Books in the collection appear on the Library's catalogue (ICLASS Mosaic Room 344 = the computer room).
Financial contributions from the Roman Research Trust make it possible to keep the Archive holdings up-to-date by regular purchase of specialist mosaic publications and other suitable material. The Archive is housed as a separate collection within the Library and is available for consultation during opening hours. 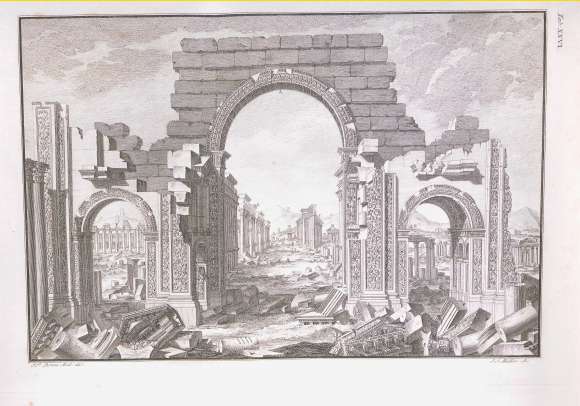